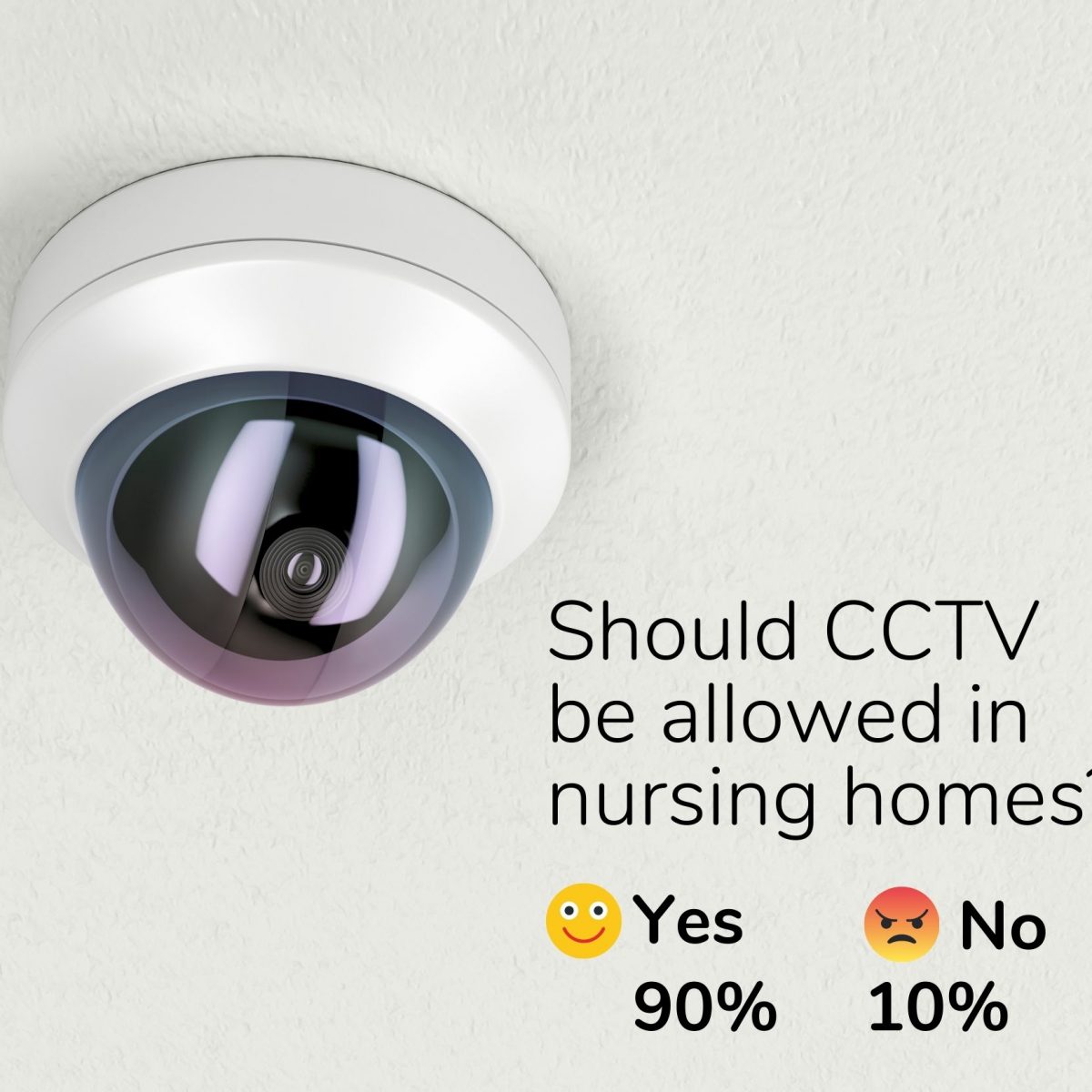 Should CCTV be allowed in nursing homes?

A simple ‘yes/no’ question we posted on our Facebook page that simply sought after opinions ended up starting a conversation that sparked a whirlwind response from the wider community. What made us ponder this was the latest news where the SA Government announced they are trialling the use of CCTV cameras at two aged care facilities in SA; their aim is to enhance the safety and wellbeing of residents.

The overwhelming response on our Facebook post received 410 comments and 54 shares, though we aren’t surprised that this hot topic turned into a series of stories and opinions with a strong resounding answer to the posed question.

Yes. A big fat yes was the answer for almost 90% of those who engaged in the post, but they didn’t come without their asterisks and ‘what ifs’. It made us question exactly why people were so passionate about having CCTV installed into aged care facilities, with take away themes surrounding privacy, dignity and consent.

How CCTV can help everyone in aged care

Adding CCTV technology into aged care homes isn’t about invading people’s privacy, it’s about creating an environment of transparency and ensuring everyone is protected.

What does CCTV footage offer?

It takes away the he-said-she-said gaps in a story if an incident occurs, and it creates an easier way for mandatory reporting within the facility. While many people are for the CCTV cameras in aged care homes, many people raised concerns about privacy – the core theme being that cameras should be installed in common areas and walkways only, not in residents’ rooms or bathrooms. Though there can be incidents that happen in these areas, CCTV coverage in public areas can still help with reporting.

If consent is provided by the residents to use CCTV technology in their bedrooms, then isn’t the bigger question around how the footage will be used and who has access to it?

When it comes to patients suffering from Dementia, CCTV can help keep their whereabouts tracked at all times while also keeping workers safe if a patient becomes hostile, as a side effect of the disease. CCTV also helps capture accidents like falls or seizures which can offer the resident’s family some peace of mind if they want to review the footage.

What about home care?

If the overwhelming response is YES to adopting CCTV technology in aged care facilities, shouldn’t we also consider rolling out the same approach for home care? Thousands of vulnerable people live in the community and rely on the support of home care services to keep them safe and in good health.